The Covid-19 pandemic caught the Turkish media off guard, against a backdrop of press freedom and quality journalism undermined by pro-government take-overs of mainstream media and carrot and stick policies for its well-connected proprietors.

The pressure on independent journalists who struggle to hold power accountable and the high level of censorship, both enforced externally and self-censorship in the “mainstream” media ecosystem, led to an under-reporting of some of the most important public health issues arising from this global crisis.

Turkey ranks 154 of 180 countries according to Reporters Sans Frontiers’ World Press Freedom Index. In a recent article, ahead of World Press Freedom Day, May 3, the Turkish Journalists’ Union reported that 85 journalists and media workers were imprisoned – mostly on charges such as “terror propaganda” or “crimes against constitutional order and stability”. Imprisoned journalists were excluded from the regulation brought forward by the government which freed nearly 90,000 prisoners in response to coronavirus. Furthermore, many journalists have been prosecuted with accusations such as “inciting hatred”, and “insulting the religious beliefs of a section of a society” related to their reporting or social media posts about the Covid-19 pandemic and the handling of the crisis by the authorities.

According to Bianet website, by May 4, 12 journalists from local news outlets had been briefly detained, either because of their coverage or their social media posts about the pandemic. One journalist was arrested because of a tweet criticizing an aid campaign initiated by President Erdoğan. Amnesty International reported that a well-known TV presenter was investigated for charges of “insulting the President” and “deliberately damaging the reputation of the banks”, again for criticising the Covid-19 Aid campaign (his tweet was blocked by a court order as well). A local newspaper editor-in-chief from the city of Kocaeli was detained and questioned about his sources after he reported the death of two Covid-19 patients in a local hospital. Another journalist from the city of Diyarbakır was summoned by police and asked about her article and social media posts about the conditions of prisoners in the city during the Covid-19 outbreak. Again, according to the Bianet report, 616 “suspects” were investigated because of their “fake” and/or “provocative” posts about the pandemic, and 229 people were detained because of their social media activity.

During this health crisis, the Radio and Television Supreme Council’s (RTUK), the state agency which monitors and sanctions the broadcast industry, has tightened its grip on and punished opposition TV channels like Halk TV, Fox TV, TELE 1, because of their content and/or guests’ comments which were critical about government members or policies.

The safety of journalists – long an issue in Turkey – has been further eroded, especially for those forced to work outside and diagnosed with Covid-19. According to a report on the Gazete Duvar news website, journalists were exposed on occasion to discriminatory practices, such as being forced to work in containers outside the main buildings of their organisations. Journalists are also struggling with keeping their equipment virus-free and disinfection of technical equipment has become a serious problem. A cameraman from a mainstream channel was quoted by Duvar as saying: “If there is a war, you know where the missile will come from…but in this case we don’t know how to protect ourselves”.

The first Covid-19 case was detected in Turkey in March 11, the same day that the World Health Organization declared a global pandemic. Although Turkish officials announced they had detected the first case days later than all the neighbouring countries, some precautionary measures like the cancelling of flights with China and closing of border with Iran had been taken before.

As the country was gradually introducing tighter measures to stop the spread of pandemic, people’s thirst for news increased and by early March, the mainstream media was covering the issue widely. However, the air time of national, private TV news channels and pages of print and websites were filled with “experts” with no experience of epidemiology, infectious diseases, past epidemics or public health issues. Rather some “health experts” and doctors specialised in different fields who had become TV celebrities were promoted to comment and as a result some baseless claims like “The Turkish people’s genes make them immune to Covid-19 virus” or “drinking a traditional offal soup would prevent someone from getting sick” circulated widely across mainstream media. Celebrity doctors were asked about “their favourite diet in preventing the effects of the disease” and face masks from wool were knitted in morning TV shows in order to teach women how to knit stylish masks at home.

As the virus spread and the number of casualties soared, the pseudoscientists or false experts were wiped away from the mainstream media and were replaced by the members of the scientific committee of the ministry of health. This time it was the scientific, cautious but optimistic official rhetoric dominating the mainstream media. Representatives of the Turkish Medical Association, the largest trade union-like organisation, representing nearly 80% doctors in Turkey, were excluded from the debates because they were considered politically motivated by the government. The main emphasis was given to the positive stories, especially the “success” of the health system in dealing with the pandemic like the large number of ICU units and the availability of PPE equipment compared to many other western countries. The mainstream media largely ignored the debate about the effectiveness of “weekend-only lockdowns” or the problems in distributing the face masks to citizens after their sale was banned, as well as the lay offs and other aspects of the troubled economy. However, it should also be noted that many Turkish independent news sources, and the Turkish service branches of international news outlets such as BBC Turkish and Deutsche Welle Turkish had covered such thorny issues listed above.

Turkey is an ecosystem with a lack of a credible mainstream media, beset by vested interests, and significant polarisation between government and opposition supporters. Challenges to press freedom have been exacerbated by the Covid-19 crisis. Furthermore, the lack of a credible mainstream media ecosystem and different agenda setting strategies of different actors in the Turkish media, meant that the already significant level of polarisation persisted and became more problematic, while a lack of consistent good reporting practices aimed at holding the powerful to account resulted in a delayed awareness about the seriousness of the pandemic.

Ceren Sözeri contributed to this report. 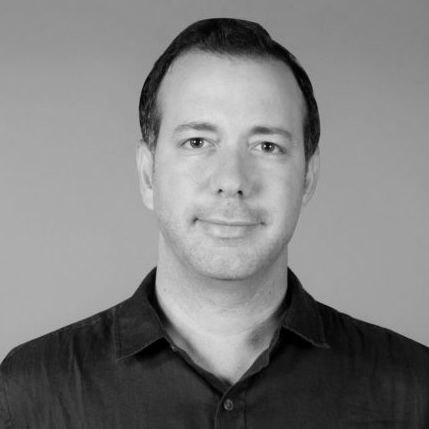